Lenovo, known as the worlds largest manufacturer of personal computers surprised everyone a few months ago with the release of the Lenovo Yoga Tablet Pro 2, a 13″ oddly shaped tablet with a pico projector built right into it. 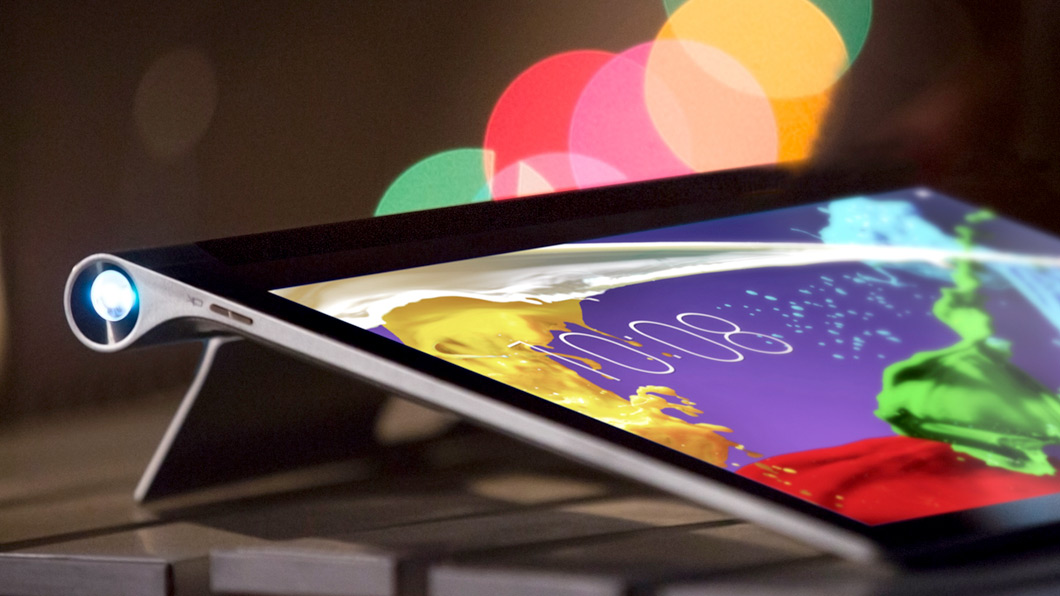 Although the idea was cool it didn’t receive the best response due to the quality of the projection and the ease of use for the projector.  Since it could not alter it’s position the projector had to be positioned so that the tablet was horizontal (as shown) to be able to project.  Although the angle looks like it would be easy to use the tablet at, it was just a bit too inclined and we felt like you had to be sitting almost completely over the tablet to get anything done.  Due to it’s size, the projector did not have a very high output, but that is expected as it is shoved into a small cylinder with no cooling.  Either way kudos to Lenovo for venturing on this product so that we could see just another plausible way for pico projector technology to be integrated into other products. 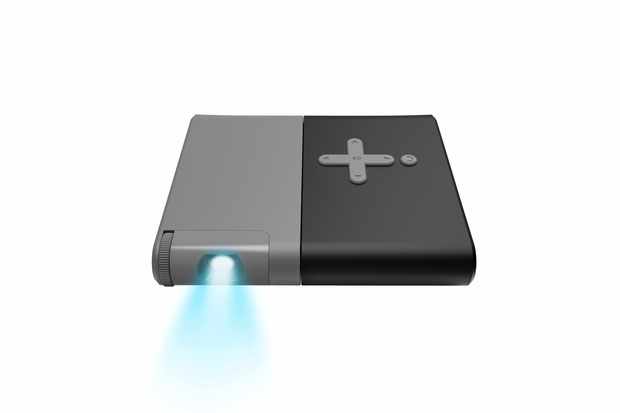 Although only a few comparison images have come out we can tell just by looking at it that it’s definitely a small product.  Lenovo claims that it is something that is going to fit into a jacket pocket or even some larger pants pockets so its definitely a tiny product.

One of the main features that sets it apart from other picos is the fact that it can angle the portion of the unit with the lens on it up to 90 degrees for viewing from any angle.  We’ve seen similar things done with stands and tripods but never something directly integrated into the unit. 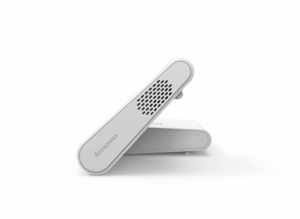 They have also posted that the unit will output 50 lumens and have a native resolution of 854×480 which are not the most impressive specs we’ve ever seen but its definitely a good starting point.  It includes a built in DLNA and MHL functionality which gives you the ability to hook up to almost any android device available, mainly though the thing that we’re really impressed with is the battery life.  For a unit this size we generally see battery life as something that is compromised due to size constraint issues.  Not so with the Lenovo, it can put out up to 2.5 hours of projection on a single charge meaning that for the average business professional it can do multiple meetings without ever needing to be plugged in. 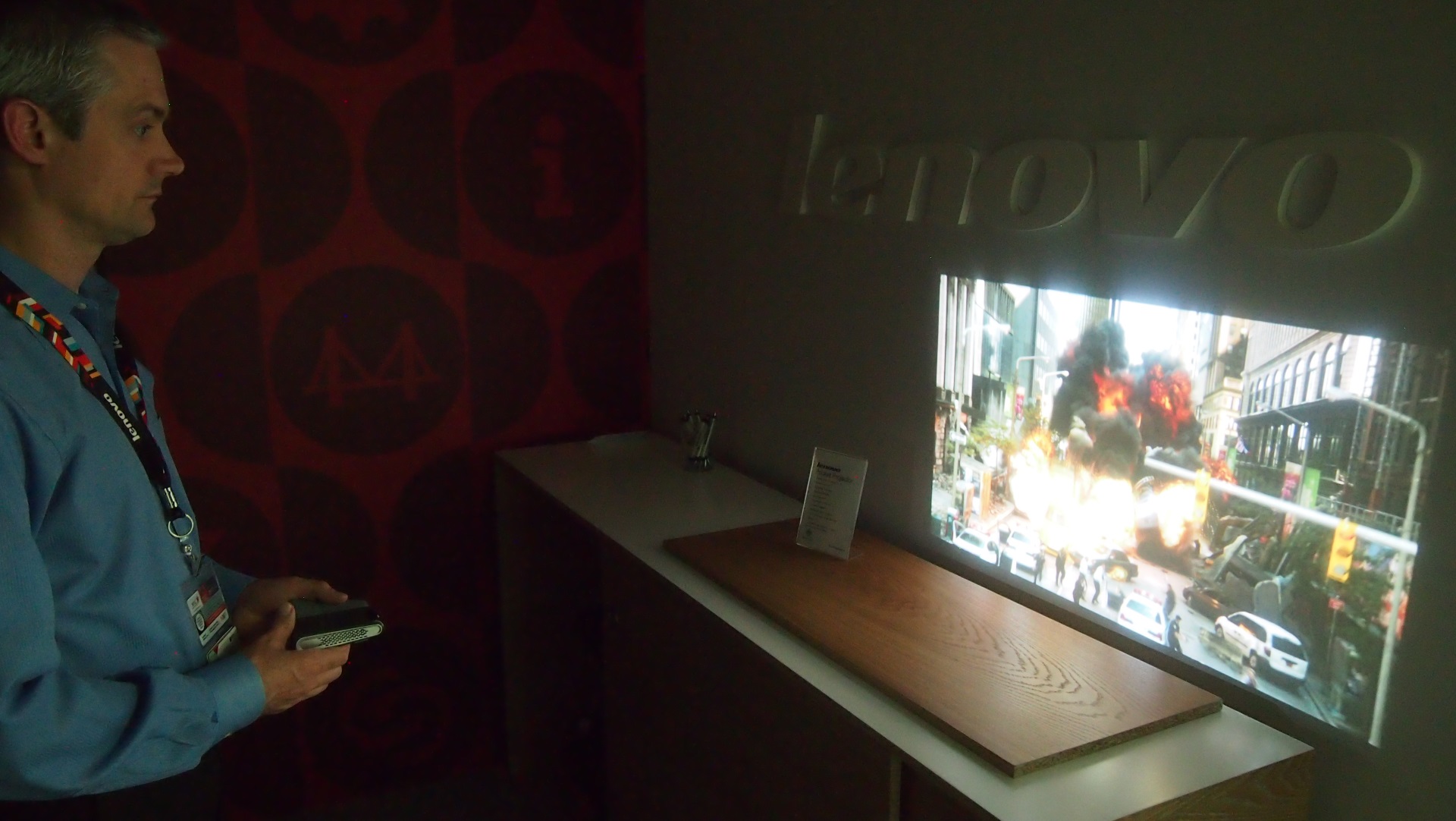 The other features of the projector are very standard, 1000:1 contrast ratio, 4:3 or 16:9 aspect ratios, and two .5 watt speakers give this projector just about the same feature set as any other pico you could purchase and for a premium price.  At $250 you could definitely purchase a more powerful pico projector.

Our final verdict on the Lenovo Pico Projectors?  It’s a good start, however they’re going to need to get to a point where they have more competitive prices and are up to date on the technologies being used in current projectors.  Once they get that down we think that Lenovo will be a great addition to the Pico Projector market and are excited to see what else they are going to release in the near future.