Every so often at led-projectors.net we like to take a look at the “other side” of projection, typically laser.  This is one such article.

The Celluon PicoPro is as portable as carrying an additional smartphone, so, pretty portable. 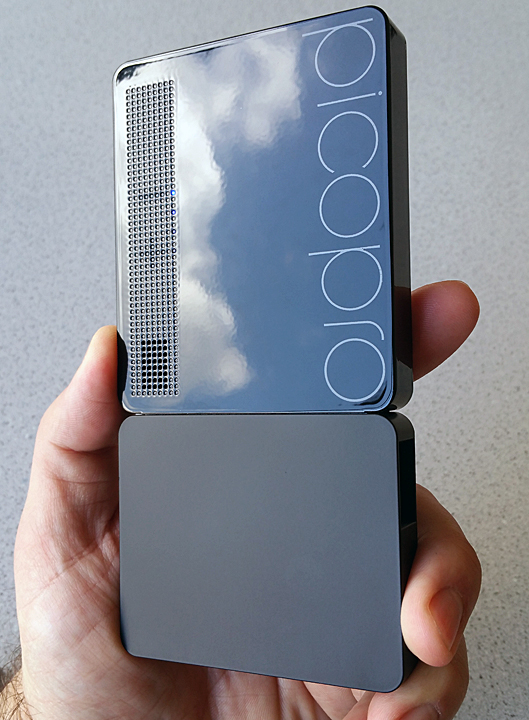 It’s a half-inch thick flat form with rounded corners, which gives is a sleek appearance and makes it look like a pretty stylish device.  The only thing that really bothers us is that it looks like the projector is “modular”, meaning the 2 parts look like they should come apart for expansion.

As far as simplicity, the unit is very minimal in buttons and design, with only a few buttons on the unit itself.  Inputs are very minimal as well, with a MicroUSB for OTG usage, and a Micro-HDMI which can be easily converted to full-HDMI with a cable.

The performance is really what makes this an awesome projector though, with laser projection there is no need to focus, and it gives you great color quality. 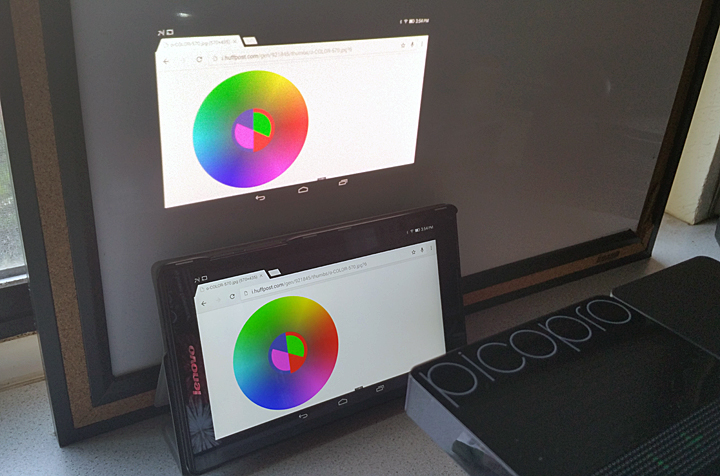 Overall we think this is a great product for anyone needing a quick and easy projection with a stylish looking case.