With Thanksgiving behind us and the holidays ahead people all over the world are starting to get in the spirit of the holidays regardless of which one they celebrate.  For those of us who celebrate the holidays however this is generally the time to cover your house in lights and spike up your electric bill. 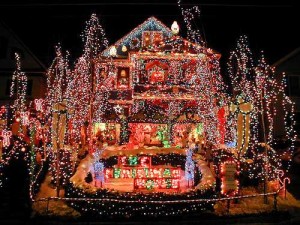 Neighborhood competitions are popping up everywhere employing a vast selection of different light sources to make sure that their house is the biggest beacon for Santa’s sleigh.  By now you may be wondering, how does this have anything to do with projectors?  I thought this was a projector blog.  Although holiday lights and projectors may seem completely unrelated, they’re really not, in fact one of the newer products this year employ simple projection technology to create really cool lighting effects.  In this post we’re going to be reviewing some of these new products and try to give some foresight into how advancements with technology in holiday lights could actually effect Pico and other LED projectors in a big way.

The first thing we want to cover is LEDs, traditionally a string of holiday lights consisted of about 10-20 incandescent bulbs on a wire that was run through a single fuse at the end of the string.  This technology has been used on most holiday lights for over 60 years.  This system has improved greatly over time, in the beginning the lights actually fused off of each other which meant that if one light went out, all of them did.  With the invention of adding a fuse to the line a single light could go out, however if the fuse went out all the lights would still not function, there was also the matter of cords getting tangled in the storage box and having to untangle them before use, flaking color tint on older bulbs, and of course burnt out or broken bulbs that needed replacing.  Despite all of these hindrances it didn’t stop people from putting up lights on their house and tree every year to get into the holiday spirit.  A few years ago the introduction of the LED made its way into Christmas light technology, suddenly all of the incandescent holiday lights of the past seemed very inefficient as the LED bulbs require far, far less energy than the incandescent to run.   The major disadvantage at first was the harsh light that the LEDs produce, many people prefer the soft glowing light that the older bulbs created however recently by changing the patterns and type of plastic used in the lenses for the bulbs companies have been able to create LEDs that can give off an almost incandescent “soft-light” that many users look for.  With the even newer invention of “tangle-free” lines it has made the switch to LEDs an even more favorable choice for many people who don’t like untangling wires and also want to save on their electricity bill. 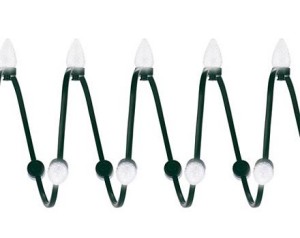 Now how does this relate to Pico projectors?  The LED, or Light Emitting Diode, has been around for a good amount of time, in fact they were invented in 1927 and finally practically produced in 1962, although for the first 50 years of their existence the LED was very… dim to say the least.  They were commonly used as replacements for small incandescent bulbs in applications where indicator or warning lights were needed or in applications where the lighting source did not need to be especially bright such as in digital clocks. 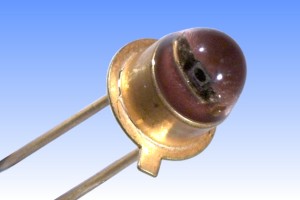 Due to this reduced brightness, using them in an application such as a holiday light or a projector really didn’t make sense because the incandescent bulbs were so much brighter and more cost effective.  With the turn of the Millennia we started to see some great improvements in LED technology where they were starting to get brighter and brighter but also cheaper and cheaper.  Eventually it hit a point where the LED made sense to put into devices such as TV’s, Light Bulbs, Laptops, projectors, and even holiday lights.  As Pico projectors and LED TV’s started to emerge into the market they brought with them a high demand for brighter LEDS that could create a brighter image on the wall for the user.  Big LED/Lighting companies have been constantly coming out with improvements to LEDs to make them brighter and more energy efficient, and over time this technology has allowed Pico projectors to actually rival the brightness of some of their incandescent competitors.  With the improvements in technology for the projectors and TV’s also came improvements for LEDs in every day applications, even the ones that are used in holiday lights.  With LEDs that can produce upwards of 1000 lumens now it has made it much easier for companies to harness this technology and create holiday lights that not only rival the older incandescent bulbs in brightness but also in the quality of the light being produced.  Different elements used in the LED source can affect how soft/harsh the light is and effectively create an experience almost identical to the ones offered by the older bulbs.  Literally as more people get into the holiday spirit and decorate their houses with these LED bulbs it creates a higher demand for the LEDs used, this means that the big companies making these LEDs are going to put more money into researching them to come out with a better product that can be used in holiday lights and also be translated into improving the technology harnessed by projectors. 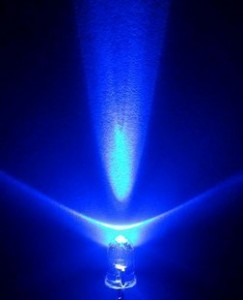 Although they are not directly related, improvements in the same technology field are important for everyone involved because it opens up opportunities to improve technology in ways that we never thought were possible before and LEDs are not the only ones getting a boost from technology used in holiday decorations, lasers too are getting some attention this year with the popular laser projection ball that many of you have probably already seen displayed at the local hardware store or even seen employed in your neighborhoods. 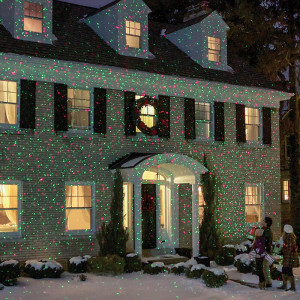 The general idea behind it is red and green laser units that shine a laser into basically a prism and then dispersed as small red/green dots all over whatever they are pointed at.  Even this is a great improvement in laser technology however not so much in brightness as it is cost effectiveness.  To have a green and red laser in a consumer grade product probably would have cost hundreds of dollars in the past whereas now these units can be purchased for as low as $20 which means that there have been vast improvements in the production and technology behind creating a laser.

Here is an image of what the units that project these lasers look like. 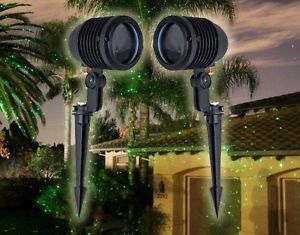 We’ll be back on projectors with our next post, we thought it might be fun to take things out of the box with this post and talk about some of the ways that technology used in different markets can benefit one another greatly with just an increase in demand or a breakthrough in the way that something is implemented.  Realistically brighter holiday lights are not going to directly mean better projectors, but it’s good to know that the demand is there for LED technology and that because of this we are going to be seeing LEDs employed in more areas where they make sense and also most likely see some good improvements to them over time.  So with that go out and get into the holiday spirit whether you celebrate, Kwanza, Hanukah, Christmas, or even Christmahanakwanzika we’re sure that you’ll be employing LED technology in your holiday at least in one way.