The Epson EX3220 is a 3LCD projector, which is the format that most if not all Epson projectors have been in for years now. 3LCD technology offers a huge advantage in brightness to newer LED brightness but with that comes reduced clarity and size of the projector. The Epson EX3220 specifications include a powerful 3,000 lumen light source and a large 1080p resolution, it has hookups for HDMI, VGA, Composite, and USB connections. It also offers features such as automatic vertical keystone correction and manual digital horizontal keystone correction. All around its a pretty solid unit for its price point of about $500 but we wanted to compare it to one of the newer, sharper, DLP projectors on the market. Pico projectors have been using this technology for sometimes and although early units were really no better than a flashlight, some of the newer models are starting to become very impressive. The model we chose to compare with is the AAXA M4, a recently released projector that offers a massive amount of lumens as far as pico’s go. The M4 offers 800 lumens, a 1080p resolution, Automatic vertical keystone correction, and hookups for HDMI, Composite, VGA, Coaxial, and USB. We put these projectors head to head in a test to compare their brightness, clarity, and size to create this review. 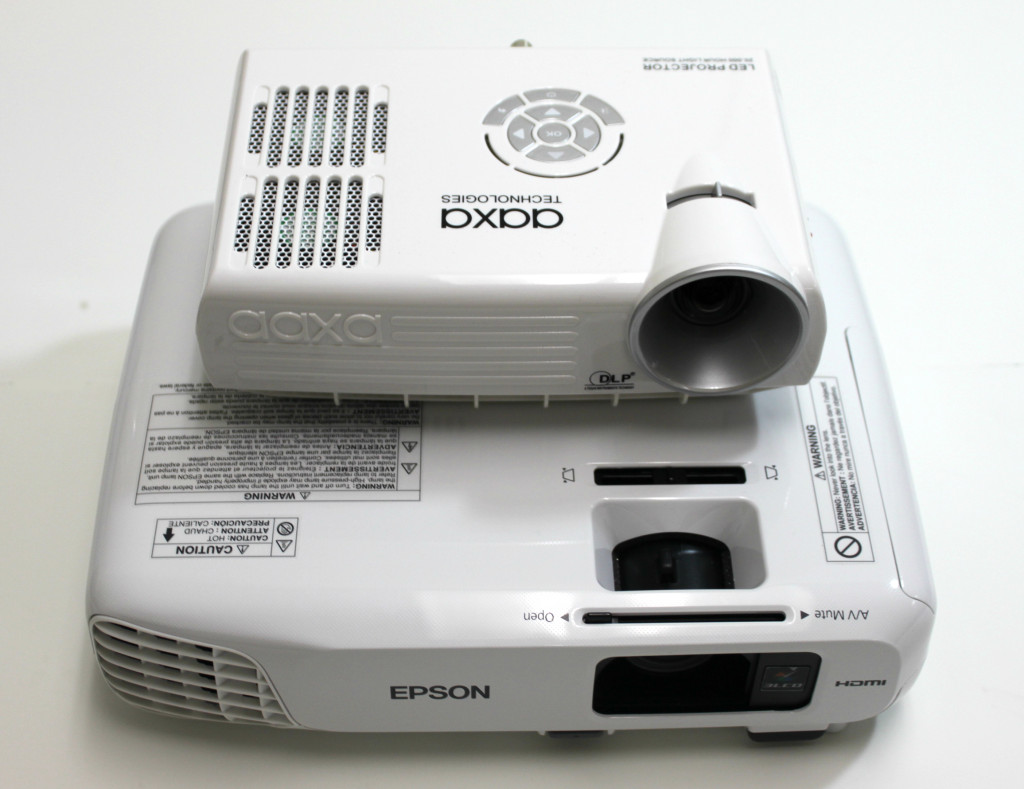 The first thing to note about the two units is the size difference.  The M4 is the largest projectors that AAXA has ever produced but it still comes in at almost half the size of the EX3220.  Most of the space in the EX3220 is taken up by the UHP bulb, mirrors, and the lens.  That being said it’s on the smaller side of full-sized projectors.  The M4 accomplishes it’s small size with the LED light source that it utilizes, an optical engine.  The LED light source, mirrors and lens are all contained in one part of the unit, because there is no bulb this saves a lot of space, the rest of the unit is taken up by the motherboard.  The LED’s also run a lot cooler than a UHP bulb which allows for less cooling and smaller heat sinks, this also means that the fans in the M4 are much quieter as well.

Now lets talk about brightness, obviously at 3,000 lumens the EX3220 is always going to be brighter than the 800 lumen M4 but we wanted to see exactly how much brighter.  We set them up next to each other and were surprised by the results.  As we expected, the Epson was brighter, but the M4 was surprisingly comparable.  We tried different images, bright, dark, medium range to see which projector had better contrast and color.  While the EX3220 did better in the light areas, we found that the DLP M4 just had a better contrast ratio all around.  The blacks were very black and the white hues were very white, the color quality was great too very accurate and not too warm or too cool.  Although the EX3220 also had very correct colors, we found them to be just a tad bit too warm.  These settings can be adjusted in the projector so this is just our opinion, with some tinkering it could definitely be adjusted to anyone’s liking.  It was refreshing however to start up the M4 and have a near perfect color pallet without any adjustments. 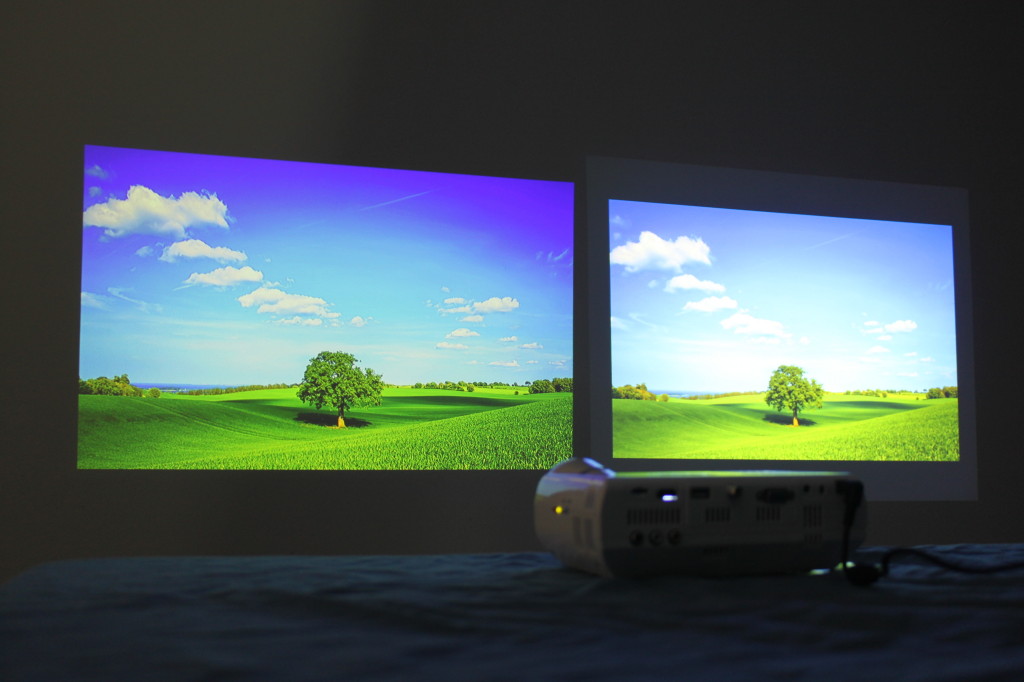 Lastly, clarity, now we have to admit, this almost isn’t a fair fight.  3LCD is an older technology and due to the way it works it will just never be as clear as a DLP projector, pico or not, but in the spirit of competition we decided to put them head to head and see just how much difference there was in the clarity.  The EX3220 did just fine in applications such as pictures or movies where there was a lot of colors or movement in the picture, in this case the M4 did just about as well as it.  When we tried displaying text is when we saw the real difference.  The EX3220 almost always looks like it’s out of focus while viewing text, in fact we thought it was when we first started the test and spent a good 5 minutes trying to fiddle with the focus knob.  The difference here is night and day, the M4 gives crisp clear text that is readable from a good distance while we had trouble reading text from the EX3220 from any distance really.  Because of this we think that the M4 would be a much better “presentation” projector due to how readable the text was, plus it has a battery to boot which makes it extra portable.  Check out our image below comparing the text from both projectors side by side to give you an idea of just how different it is. 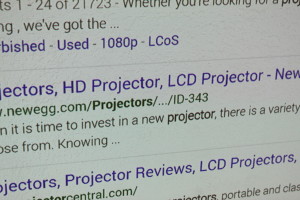 We made a video comparing the two projectors so that you can see for yourself just how much difference there is and maybe help you make a decision when it comes to buying a projector for yourself.

In conclusion, we feel that even with the M4’s great performance in this test it just hasn’t replaced full sized projectors yet due to it’s brightness, however when it comes to clarity and portability we can safely say (since the EX3220 is a newer projector based off Epson’s current technology) that it trumps all models in these corners of the arena.  It’s only a matter of time before the optical engine’s and LED’s that the pico projectors use get to a level where they replace 3LCD and UHP projectors all together, and the M4 is definite proof that that day is not far off.

The EX3220 and M4 are available to any consumer from most mainstream retailers, we’ve provided some links in-case you’re interested in one of these projectors yourself.