The BMW M5 has had a pretty sweet HUD integrated into it’s dash for a couple of years now. It’s mostly used to show your speed, RPMs of the engine, and navigation. Although it’s use is limited it’s still a pretty cool concept and if you’re anything like me leaves you wishing this feature was in more cars and that you also had an M5. 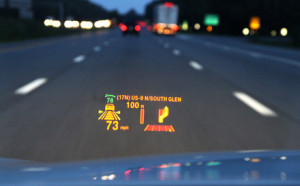 However for those of us who just can’t afford a $94,000 car, not all hope is lost thanks to Navdy.

Navdy is a pico projector built into a small unit with a screen that can add a HUD to any car with an OBDII connection.  Navdy can do things like reading your text messages to you, Video Chat, Navigation, and even reading information from your cars computer.  All of this is packed into a compact hands-free unit aimed at making driving in the age of cellphones a much safer activity.

Don’t just take my word for it, check out this video that Navdy made, it should fill in any questions you have about what it can do.

The technology that it employs is a fairly simple concept however the implementation of it is what makes it special.  It is basically a small projector that projects backwards onto a mirror which then reflects onto a piece of glass. 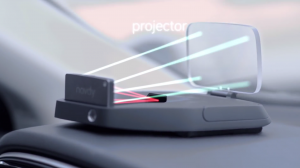 What makes it cool is that it seems to work just as well if it’s in dark conditions or light conditions, this is a technology that Navdy will not release details on and it is what makes it’s product stand out as surely other companies are soon to jump on the bandwagon with an idea like this.

Right now you can pre-order a Navdy for $318 including tax, however the company claims that this is a promotional early price and that the actual retail price of the product once it is out will be 40% more.  So if this looks like something you would want it’s probably a pretty good idea to order now while it’s almost half off. 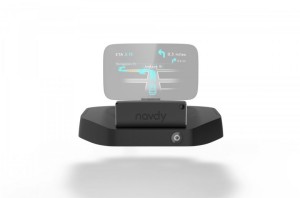 As Navdy gets closer to release we will cover more as more details come out and also provide some news on if there are any competitors coming out of the woodwork looking to compete with the unit.  But for now, adding a HUD to your car is not far off, and you won’t have to spend  $94,000 to do it.