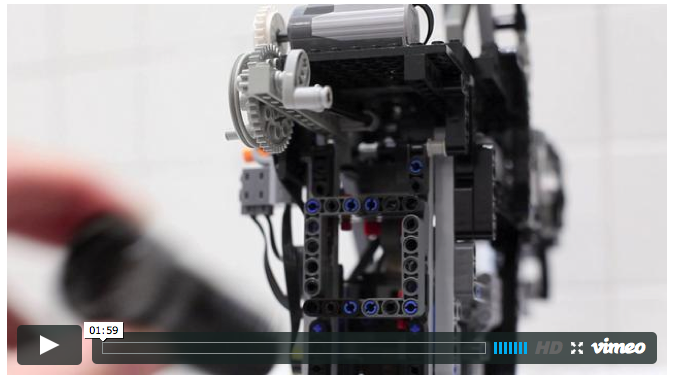 Believe it or not, this functional Super 8 projector was built by Friedemann Wachsmuth with Lego. He used two Lego technic motors to drive the projection and rewind mechanisms and a bright LED flashlight as a light source. When all is said and done it can play crisp video at 24 frames per second.
Beyond the LED, the only other non-Lego components of this projector is the lens and the film reels. We assume the film itself is not made from Lego either, though that would make for some interesting home movies. Picture an hour of footage featuring Legoman being tortured as he winds through the reels over and over again.
This is certainly an impressive, if not ingenious build—but it looks like a lot of work. I’ll stick with this app to make my retro home videos for the time being thank you very much.