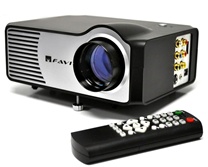 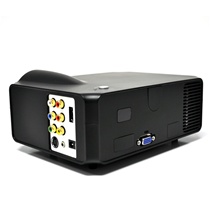 The projector comes with a nice array of connections like VGA, RCA and HDMI. This would make it compatible with any AV device currently on the market as well as your computer.

In short, the RioHD appears to be a very affordable LED projector that has potential being 400lumens plus all the connections necessary. At about half the price of a replacement bulb, even if the projector’s LED bulb only lasts 5000 hours, it’s still quite a bargain LED projector.